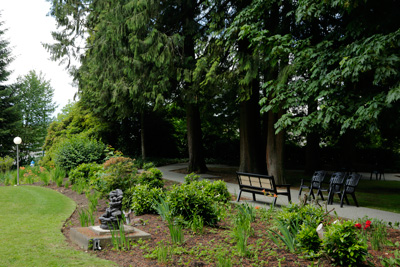 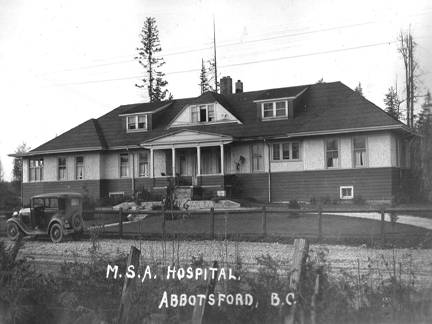 Abbotsford is well known for its active church communities. In the first half of the twentieth century, this led to the establishment of faith-based care homes. As time went on, there was a desire to make sure seniors who were not affiliated with the church organizations would be supported when they needed care. This resulted in a group of Abbotsford pioneers and community folk working to establish a care home. Acquiring land in perpetuity from the Village of Matsqui, so long as services for seniors were provided, the group secured government sponsorship. MSA Manor opened in 1973 as a ‘personal care home’ for seniors in the Matsqui, Sumas and Abbotsford area.

Recently, one community leader named John Wittenberg told us that he joined The MSA Manor Society board after retirement. Seeking a job to do, he gathered a group that cleared the grounds around the care home, finding rhododendron that had been planted by Brian Minter, securing soil and gravel from the Mayors of Abbotsford and Matsqui respectively, and acquiring concrete from local businesses.

As time went on, there was interest in expanding services. Upon finding out about an abandoned parcel of land, formally an experimental farm station, eight acres along Jackson Street was purchased. Initially hands-on, The Maplewood House Society Board took responsibility for the Maplewood House grounds, building, care, supervision and finance. A large vegetable garden banked the street. Art for the walls was loaned by Mrs. Trethewey, and remains to this day.

We uphold our tradition of excellence, serving and supporting with dignity, one unique person at a time.

This message is only visible to admins.
Problem displaying Facebook posts.
Click to show error
Error: Error validating access token: The session has been invalidated because the user changed their password or Facebook has changed the session for security reasons. Type: OAuthException Subcode: 460